The Telco TV Boxes Are Coming!

Telco TV boxes may be coming to a sidewalk near you - and there is likely nothing you will be able to do about it! The loss of local control of 'right of way' under new state video franchising laws means that your local city will have to yield control of public spaces to telephone and cable companies operating under those franchises.

Cities and municipalities will have little or no say in the placement, size and the oversight of these hulking giants. Should one appear overnight on your doorstep, calling the city will be fruitless, you will need to contact state agencies for relief.

As reported in The Record, the boxes AT&T is using are 5 feet 3 inches tall, 43 1/2 inches deep and nearly 21 inches wide and will be placed in the public utility easement, typically 10 feet in from the sidewalk. The Verizon boxes appear to be shorter but much wider, at least two sizes appear to be in use (see: Kramer Firm). Cities typically have a say about such 'street furniture', partly out of public safety concerns but also because these boxes are graffiti and vandal magnets as well.

When a handful of Illinois cities balked at letting AT&T install similar boxes, the phone company sued (see Beacon News). The cities simply wanted more time to study the situation, AT&T responded shrilly that "moratoriums violate their business rights under federal telecommunication law, as well as First Amendment rights." If cities have little recourse under these franchises, how will individuals fare?

You probably already have older cable/telco boxes like these in your communities, now imagine even larger ones populating your sidewalks. We've taken the creative liberty of imagining some possible 'telco box' placements for your aesthetic enjoyment. Begin here or below.

Addendum 6.6.06
Two noteworthy and more serious additions to this story:
1) See the City of Geneva, Illinois page about the suit filed by AT&T against the city over telco boxes. Excellent documentation (and real photos). Also see the June 8th interview with Broadband Reports. More recently, see their March 2007 efforts here.
2) See the Lafayette Pro Fiber Blog which documents efforts there around similar issue and notes the pitched fight against the State Franchise Bill HB 699. 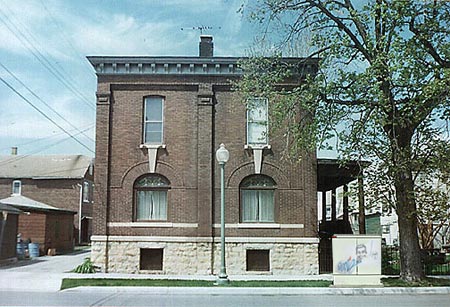 Typical City Street - can you find the Telco TV Box? 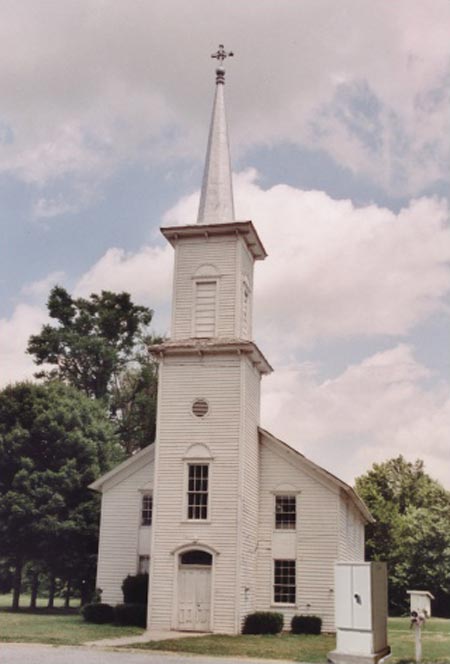 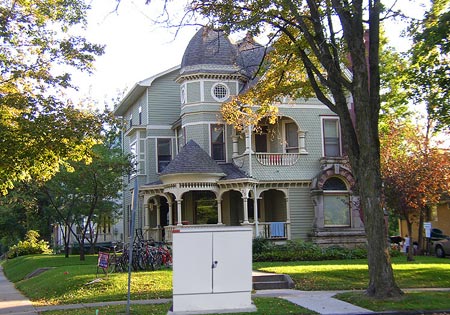 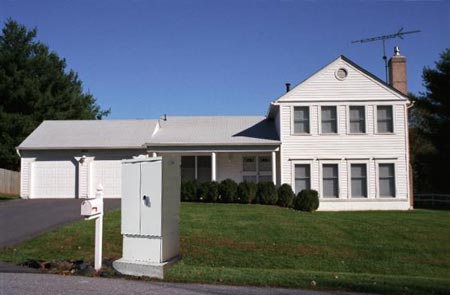 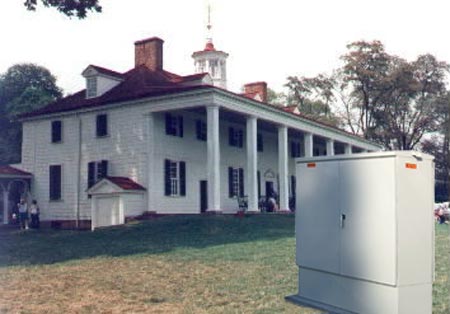 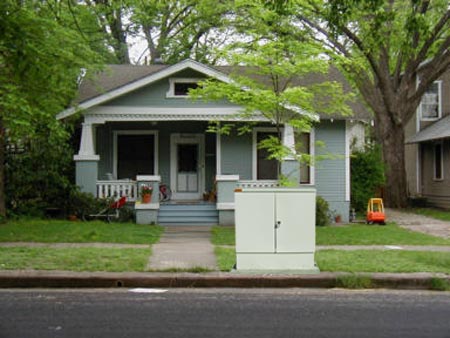 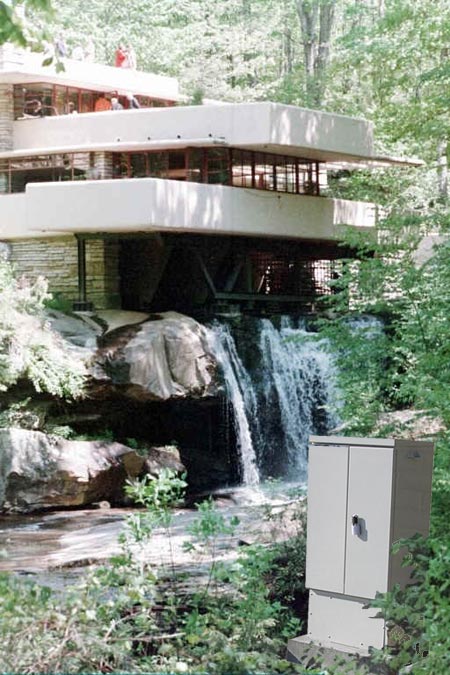 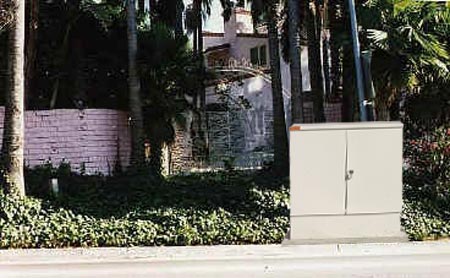 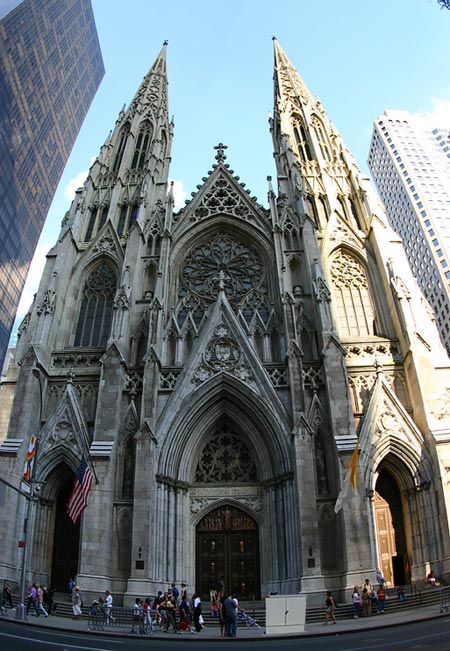 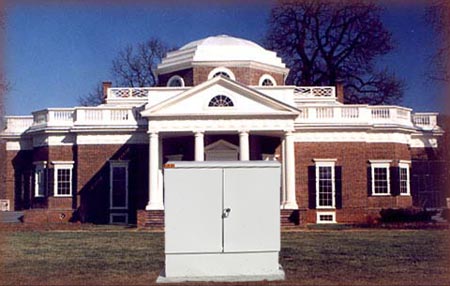 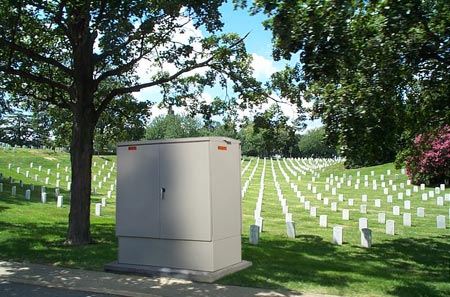 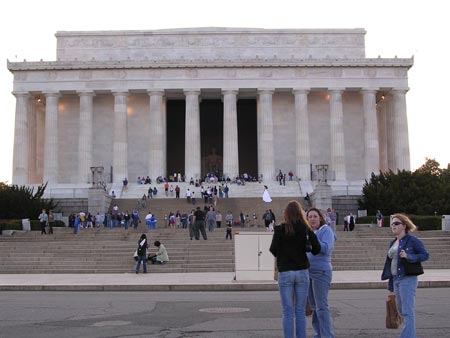 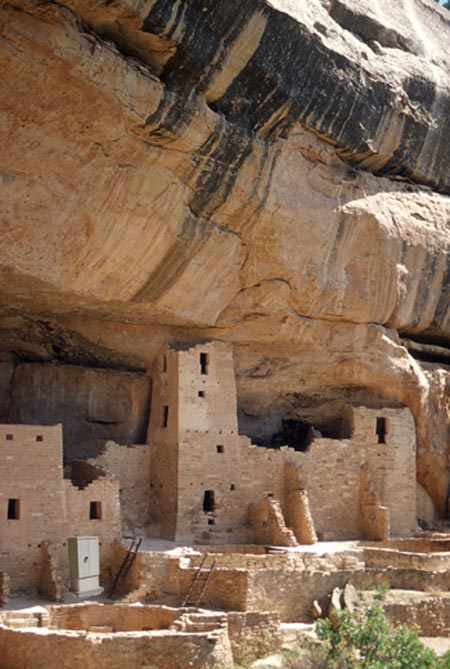 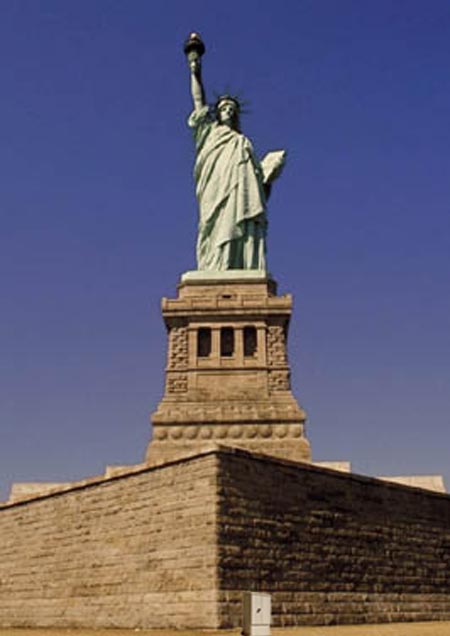 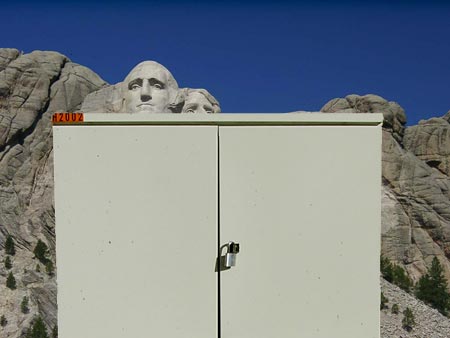 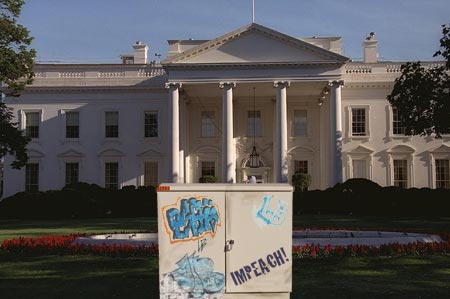